This email address is being protected from spambots. You need JavaScript enabled to view it.; Cleve Chia

Projectile motion refers to the motion of a projected object (e.g., a shot put, a javelin, a human body during pole-vaulting) acted on by forces of gravity.

For simplicity, air resistance is considered negligible in the following cases.

In sports, once the projected object is released or thrown in the air, control of the object is no longer possible. Therefore, it is important to consider the following factors that affect the flight path of the projectile prior to its release:

The speed of projection determines the length of trajectory (range). A higher velocity at release will increase the maximum distance and flight time of the projectile.

More details can be explored on the simulation above

Graphs shows the different velocity of release, the maximum distance and flight time can be seen, similar to the table above.

Possible Question 1. Using the default settings (angle of launch = 45 degrees and relative projection height =0) in the tool, estimate the highest velocity of release of the football when the range is the greatest.

acceptable is 20 m/s afforded by the slider maximum value

Possible Question 2. Sam claimed that the velocity of release of the football does not affected maximum time of flight of the football. Do you agree? Explain.

disagree. From the simulation, as the velocity of release changes from 5 to 20 m/s, the maximum time of flight also increases.

Possible Question 3. Use the tool above, suggest whether the maximum height increase/decease/constant, as the velocity of release increases. 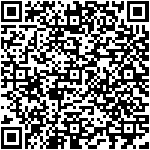