This email address is being protected from spambots. You need JavaScript enabled to view it.; annecox; tinatan 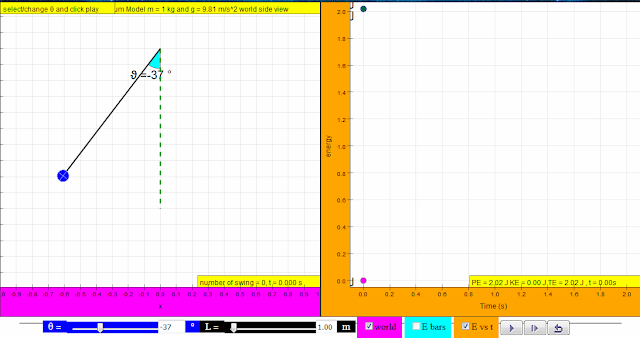 The left panel shows a pendulum—a mass on a string that can oscillate back and forth.

The right panel allows you to plot one of two types of graphs:

Remember that you can play (►) the simulation by clicking the appropriate button and the pause button ( ▌▌) to pause it.

The potential energy pe depends on the height above the lowest point h. Set up the applet to show the E bars on the right. Pause the applet at various points. Try to fill up the table below for various values of h. Note that the mass of the bob is 1 kg and that the acceleration of free fall is g = 9.81 m/s2

Time for some more modelling rules!

The first rule, given above, is a consequence of the principle of conservation of energy. It states that

“energy can be converted from one form to another but cannot be created or destroyed.”

In our oscillating pendulum, energy is converted from potential to kinetic and back again all the time. But energy cannot be destroyed, so the total amount remains fixed.

This figure shows the E-t graph for a few swings of a pendulum. 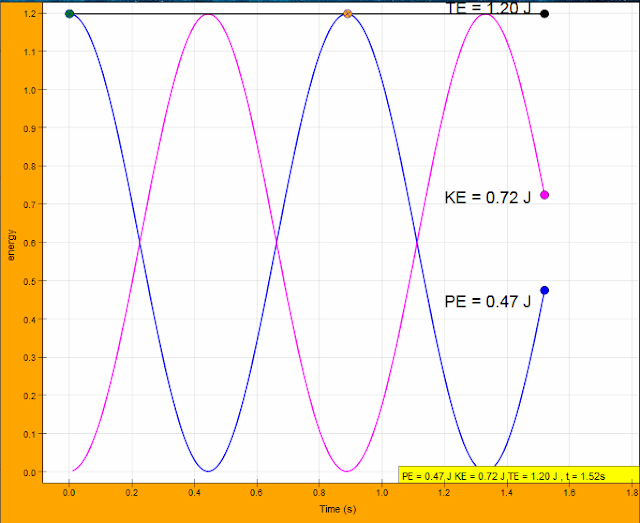