Uses of the cyclotron http://en.wikipedia.org/wiki/Cyclotron
For several decades, cyclotrons were the best source of high-energy beams for nuclear physics experiments; several cyclotrons are still in use for this type of research.
Cyclotrons can be used to treat cancer. Ion beams from cyclotrons can be used, as in proton therapy, to penetrate the body and kill tumors by radiation damage, while minimizing damage to healthy tissue along their path.

Advantages of the cyclotron http://en.wikipedia.org/wiki/Cyclotron
Cyclotrons produce a continuous stream of particles at the target, so the average power is relatively high.
The compactness of the device reduces other costs, such as its foundations, radiation shielding, and the enclosing building
This cyclotron model has:
Main view:

The Cyclotron Model was created by Fu-Kwun Hwang, customized by Loo Kang Wee using the Easy Java Simulations (EJS) version 4.2 authoring and modeling tool.  An applet version of this model is available on the NTNU website < http://www.phy.ntnu.edu.tw/ntnujava/ >.

You can examine and modify this compiled EJS model if you run the model (double click on the model's jar file), right-click within a plot, and select "Open EJS Model" from the pop-up menu.  You must, of course, have EJS installed on your computer.  Information about EJS is available at: <http://www.um.es/fem/Ejs/> and in the OSP comPADRE collection <http://www.compadre.org/OSP/>

For more information on this simulation: http://weelookang.blogspot.sg/2010/12/ejs-open-source-cyclotron-java-applet.html

The building of the cyclotron model is based on a optional activity in http://www.opensourcephysics.org/items/detail.cfm?ID=8984 Charge in Magnetic Field Model written by Fu-Kwun Hwang edited by Robert Mohr and Wolfgang Christian

The learning from this optional activity demonstrate student's learning in performance tasks. 5 stars!

There are many activities that can be design in this simulation.

refer to http://www.phy.ntnu.edu.tw/ntnujava/index.php?topic=1972.0 for Charge Particle in Magnetic Field B Java Applet in 3D

hint: look at the running track of a stadium, can you think of a way to bend the particle with the magnetic field and accelerate with electric field? 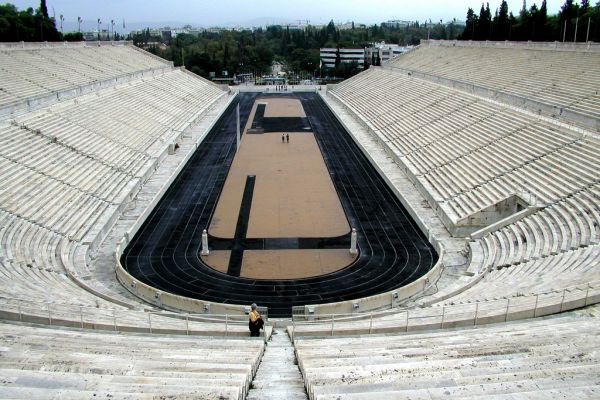 After some discussions, students can share their ideas through oral/verbal presentation.

Teacher can praise some of the ideas and point them to Ejs as a means to test out their ideas using this Ejs simulation codes as templates for implementation.

1. Explore the simulation, this simulation is designed with a charge particle in a system of magnetic fields in z direction.

3 select Bz =0 (key in the value 0 follow by "enter" on keyboard), Ey =0, vy = 60, and play the simulation. Notice that the path of the particle in a straight line in the y direction. What is the physics principle simulatted here.

5 using the default values(Bz =1, Ey=0, Vy=60), play the simulation. what did you observe? explain the motion in terms of the influences of magnetic field (assume gravitational effect can be neglected)

6 explore the slider x, y, and z. what do these sliders control?

7 explore the slider vx, vy, and vz. what do these sliders control?

8 by leaving the cursor on the slider, tips will appear to give a description of the slider. you can try it the following sliders such as the charge q, mass m, radius of dee(magnets) R.

9 there are some values radius of circular path r, kinetic energy of particle KE, resultant velocity vr and resultant force F on the m.

10 vary the simulation and get a sense of what it does.

13 notice that the Ey field is alternating, explain the purpose of this Ey in this simulation.

14 propose the logic deployed by this simulation to time the switching of Ey. Can you think of other swtiching logic?

15 note the first time the charge crosses the whole gap its kinetic energy increases by an amount ΔK. determine this value from looking at the value bar of KE, you may select the checkbox to view the scientific graph of KE vs t.

16What is the change in kinetic energy associated with just moving in each half-circle in a dee (the magnetic field).

hint: look at the value bar of KE, you may select the checkbox to view the scientific graph of KE vs t.

hint: In the dee(magnetic field) the force on the charge comes from the magnetic field, so the force is perpendicular to the velocity. The speed, and hence the kinetic energy, stays constant, so the change is zero.

hint: look at the value of vx

answer: the exiting from magnetic field causes the vx to be slightly bigger than 0, thus the resultant velocity is increased very slightly.

19 A scientist ask a question "To increase the speed of the particles when they emerge from the cyclotron. Which is more effective, increasing the electric field Ey=-Vy/dy across the gap or increasing the magnetic field Bz in the dees? " play the simulation for different initial condition and design an experiment with tables of values to record systematically, determine what is the more "effective" method. State your assumptions made.

hint: assumption is outside physical radius of dee = R is fixed.

Note that whatever the magnitudes of the fields the final half-circle the charge passes through in the dee has a radius approximately equal to R, the radius of the dee itelf. The radius of the circular path of a charged particle in a magnetic field is:

Therefore the final kinetic energy is: 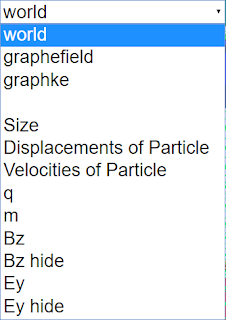 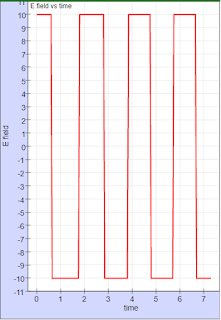 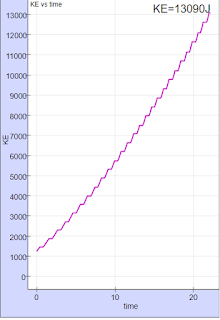 Toggling the other two will toggle their respective visibility.

Double click anywhere on the screen to toggle full screen.
Note that it only works if the simulation is Paused.