In atomic physics, the Bohr model, devised by Niels Bohr, depicts the atom as a small, positively charged nucleus surrounded by electrons  that travel in circular orbits around the nucleus—similar in structure to the solar system, but with electrostatic forces  providing attraction, rather than gravity. This was an improvement on the earlier cubic model (1902), the plum-pudding model (1904), the Saturnian model (1904), and the Rutherford model (1911). Since the Bohr model is a quantum physics-based modification of the Rutherford model, many sources combine the two, referring to the Rutherford–Bohr model.
http://en.wikipedia.org/wiki/Bohr_model

In 1913, the Danish physicist Niels Bohr (1885 - 1962) managed to explain the spectrum of atomic hydrogen by an extension of Rutherford's description of the atom. In that model, the negatively charged electrons revolve about the positively charged atomic nucleus because of the attractive electrostatic force according to Coulomb's law.

But the electron can be taken not only as a particle, but also as a de Broglie wave (wave of matter) which interferes with itself. The orbit is only stable, if it meets the condition for a standing wave: The circumference must be an integer multiple of the wavelength. The consequence is that only special values of radius and energy are allowed. The mathematical appendix explains how to calculate these values.

According to classical electrodynamics, a charge, which is subject to centripetal acceleration on a circular orbit, should continuously radiate electromagnetic waves. Thus, because of the loss of energy, the electron should spiral into the nucleus very soon. By contast, an electron in Bohr's model emits no energy, as long as its energy has one of the above-mentioned values. However, an electron which is not in the lowest energy level (n = 1), can make a spontaneous change to a lower state and thereby emit the energy difference in the form of a photon (particle of light). By calculating the wavelengths of the corresponding electromagnetic waves, one will get the same results as by measuring the lines of the hydrogen spectrum.

You must not take the idea of electrons, orbiting around the atomic nucleus, for reality. Bohr's model of the hydrogen atom was only an intermediate step on the way to a precise theory of the atomic structure, which was made possible by quantum mechanics and quantum electrodynamics.

This applet illustrates a hydrogen atom according to particle or wave model. You can choose a principal quantum number n (with slider). The right part of the graphics represents the energy levels of the atom. You can read off the orbital radius r and the total energy E.

This simulation  is similar to the one at http://www.walter-fendt.de/ph11e/bohrh.htm
Default setting is the particle mode. you can switch to wave mode.

It will switch to wave mode when you click and drag within simulation region.
If you try to vary the orbit's radius with pressed on drag mouse button, this will generally lead to a non-stationary state. You can test this out by using the option "Wave model". 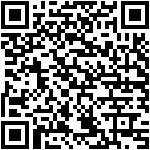