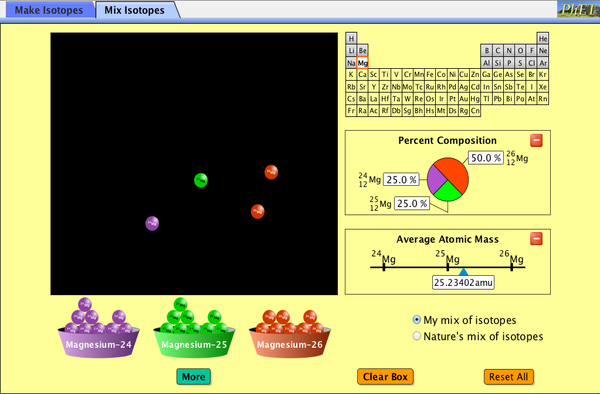 Are all atoms of an element the same? How can you tell one isotope from another? Use the sim to learn about isotopes and how abundance relates to the average atomic mass of an element.