zn i the nth member of the sequence, with index n an integer, including 0. The parameter a is a complex number, as is z. With z0 =1

The complex geometric partial sum series Sn is formed by consecutive addition of the members of the sequence:

This simulation calculates 500 elements of the sequence. By drawing the red point in the left chart, a is defined. The blue points are the members of the sequences, as they are of the partial sum series in the right chart.

The case of the real geometric series is observed when a is a point on the real axis.

The complex geometric series converges if the absolute value of a is smaller than 1, a lying inside of the red unit circle. If convergent, the limit is

It is at the center of the small green circle in the right chart of the series.

The marked point at the unit circle is the first term of both sequence and series, the real number 1. The prominent second point in the sequence is a, which can be drawn with the mouse.

When a has an imaginary component and abs(a)<1 sequence and series spiral towards the convergence point (limit). When small imaginary parts are chosen the whole series will be on one Riemann sheet. For larger imaginary parts the spiral can have many revolutions, the points of which cover more than one Riemann sheet. The spiraling is much more pronouncedly visible than with the exponential series: because of the slower convergence many calculated points are distinguishable with the geometric series.

For angles of the a vector of 2π/N, with N integer, the spirals have N- fold symmetry. This is best seen when a is close to the unit circle.

Near the inner rim of the unit circle convergence may be so slow that 500 calculated points are not sufficient to approach the series limit at the center of the green circle.

The elements of the complex exponential sequence follow the rule

zn i the nth member of the sequence, with index n a positive entity, including 0. The growth parameter a is a complex number. With

The complex exponential partial sum series Sn is formed by consecutive addition of the members of the sequence:

This simulation calculates 500 elements of the sequence. By drawing the red point in the left chart, a is defined. The blue points are the members of the sequence. In the right chart they are those of the partial sum series.

The case of the real exponential series is observed when a is a point on the real axis.

Members of the exponential sequence always converge to zero. Its partial sum series converges to a finite number for all finite a.

When a has an imaginary component the series spirals toward the convergence point (limit). Its sourrounding is marked by a small green circle.

For small imaginary parts all points will be on a single Riemann sheet. For large imaginary parts of a one observes multiple revolutions of the spiral, corresponding to points in different Riemann sheets.  The effect is less obvious than with the complex geometric series because of the fast convergence of the exponential, for which most calculated points lie within the small green circle.

Shift a along the real axis and compare results with the simulation of the real geometric series.

The condition of convergence of the partial sum series is obviousely abs(a ) < 1.

What is the condition for the elements of the sequence?

E4:  Choose abs(a) < 1 with a small imaginary part and watch the behavior of the series.

E5: Increase the imaginary part and reflect what determines the character of the sequence spiral:

multiplication by a for each member increases the angle to the x-axes by the angle of a: arctg [imaginarypart(a)/realpart(a)]. Soon the points will be on multiple Riemann sheets.

E6: Look for a, where the spirals form straight radial arms, and analyze the cause of these symmetries.

Shift a along the real axis and compare results with the simulation of the geometric series.

What happens with the sequence?

Why does the series converge, while the absolute value of its sequence increases for the first members?

E3: Compare the character of convergence to that of the complex geometric series. What is responsible for the unlimited convergence of the exponential?

E4: Shift a along the imaginary axis, starting at 0.

E5: Shift a parallel to the imaginary axis.

this file was created by Dieter Roess in August 2009

The geometric series is written as:

,where a is the first term of the sequence, and r is a constant real number called the common ratio.The series converges to a finite value if |r|<1, and the limit that the series converges to in that case is given by 1/(1-a).This definition still holds for when the common ratio is a complex number z, with the only difference being that instead of having the absolute value of r be less than 1 for the series to converge, the modulus of z has to be less than 1. This is shown in the simulation as the unit circle. As long as the common ratio (denoted a in the simulation) remains inside the unit circle, the series will converge to a finite value. Otherwise, it diverges.There are two graphs in the simulation. The leftmost graph shows the terms of the series, the colour turning from red to cyan as the terms progress. The rightmost graph shows the partial sums up to each term in the series, and the green square denotes the limit of the series. The colouring of the points in the rightmost graph is the same as the leftmost graph, to make the mapping clearer.The first term in the series is fixed at z = 1.There is also an exponential function, where the terms in the series also converge, but they do so at a much slower rate than the geometric series. 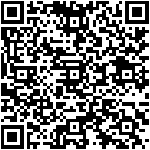