The Thin lens equation assumed that if the distances from the object to the lens and from the lens to the image are u and v respectively, for a lens of negligible thickness, in air, the distances are related by the thin lens formula:

When Object distance, u is near infinity ( very big compared to f), the lens is used by telescopes. note that Convex (converging) lenses produce an image of an object at infinity at their focus.if the sun is imaged, much of the visible and infrared light incident on the lens is concentrated into the small image. A large lens will create enough intensity to burn a flammable object at the focal point

Please note that the shape of the lens adjust with the focal length is for illustration purposes, it is not scientific.

dynamically display a possible use of the lens under different conditions with pictures shared under creative commons licenses and other similar pro usage licenses under attribution.

4 radio buttons: allows for different visualization purposes of light path in the context of lens

Explore the simulation. Notice that you can move the sliders to vary the distance of the object to the center of the thin lens. What do each of the sliders, radio buttons and check-boxes do?
Take about 10 minutes to inquiry through the simulation model and describe the action of a thin converging lens on a beam of light. ( this simulation currently does not have beam of light)
Discuss with your lab partner what is the meaning of the focal length f.
hint: in terms of the way the light rays from the object is bend and pass through where?
check the principal rays radio button. Discuss and formulate ideas how the ray diagram allows the drawing of ray diagrams to illustrate the formation of real and virtual images of an object by a
thin converging lens.
hint: in terms of the way ray light traveling parallel to and passing through where etc?
What does the term linear magnification mean in this simulation.
Discuss how it is calculated from?
How many ways are there to determine the magnification of the think converging lens.
Check the no ray radio button. move the sliders a suitable position of your choice. Now, sketch as accurately as possible on a piece of paper, the principal ray diagram ( minimum 2 rays) to get the image position and height. Practice a few times with different and varied examples to allow you to draw scale diagrams to deduce the focal length needed for particular values of magnification (converging lens only)
explore the simulation to make observations of the use of a single converging lens as a
Draw rays of examples for each case to show clearly how each forms an image

By definition, focal length is the distance between the point in the lens where the light begins to diverge (the nodal point) when the object is set at infinity.

Fu-Kwun Hwang; lookang (This email address is being protected from spambots. You need JavaScript enabled to view it.) 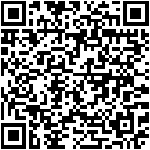