The simple ray diagram maker shows one principal ray leaving a candle of height h and striking a flat mirror.  This ray strikes the mirror a distance h below the flame.  The angle between the reflected ray and the surface normal is the same as that between the incident ray and the normal in accord with the principles of geometric optics.

Drag the slider that controls the position of the candle base to observe the corresponding motion of the virtual image. The simple geometry shows that the reflection of a candle placed a distance d in front of a mirror will produce a candle image that is a distance d behind the mirror.

Dray the eye to control the position of the eye which shows how the principal ray can travel from the object reflecting off the mirror and finally reaching the eye. 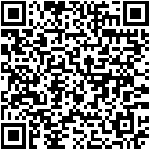