An more general elliptical (circular is a special case where Ex=Ez) polarized Electromagnetic Wave travels from left to right.

θ₁ is the angle of the first polarizer

θ₂ is the angle of the second polarizer

θ₃ is the angle of the third polarizer

yp₁ is the position of the first polarizer

yp₂ is the position of the second polarizer

yp₃ is the position of the third polarizer

under more? it is possible to explore these other more advance variables

phase: the phase difference between E and B

T :period of the wave. which imply wavelength(lamda)=vy*T

wavelength: the length of one cycle of the wave

Please notice that E/B field are in phase when electromagnetic is travel in vacuum. 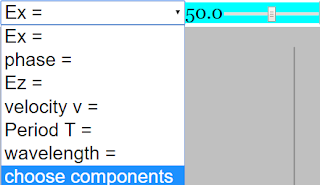 Selecting the Option will show you the sliders to change accordingly.

The most notable option would be 'choose components',
where you can select which of the fields to be visible.

These two buttons will enable you to Play/Pause and Reset accordingly. 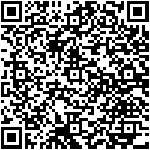