A velocity selector is a region in which there is a uniform electric field and a uniform magnetic field. The fields are perpendicular to one another, and perpendicular to the initial velocity of the charged particles that are passing through the region.

The force exerted on a charged particle by the electric field is given by:

The magnitude of the force exerted by the magnetic field is F = qvB, as long as the velocity is perpendicular to the field.

The idea is that, if the two forces are equal and opposite, the net force is zero, and the particle passes through the region without changing direction. With the magnetic force being speed dependent, however, any charges traveling faster or slower than the ones that go straight through will be deflected one way or another out of the beam. You can investigate these concepts with this simulation. 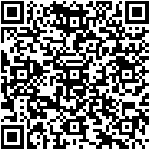