Note: If the model becomes unstable, reset the model and reduce the computational timestep dt.

The Molecular Dynamics JavaScript Performance Model was developed by Wolfgang Christian and Francisco Esquembre using version 5 of the Easy Java Simulations (EJS 5) modeling tool.  Although EJS is a Java program, EJS 5 creates stand alone JavaScript programs that run in almost any PC or tablet browser.  Information about EJS is available at: <http://www.um.es/fem/Ejs/> and in the OSP ComPADRE collection <http://www.compadre.org/OSP/>.

Explore how molecules in a gas move relative to each other.

Molecules are in constant motion. "Mark two atoms," then run the model to see how the molecules move relative to each other. How do the distances between gas molecules change over time?

Explore how molecules in a liquid move.

Molecules are in constant motion. "Mark two atoms," then run the model to see how the molecules in a liquid move relative to each other. How does the movement of molecules explain why liquids take the shape of their containers?

What does a solid look like at the molecular level?

Explore how states of matter are related to the strength of intermolecular attractions.

There are three states of matter—solid, liquid and gas. Run the model and change the strength of attractions between the molecules. How does changing the force of attraction between molecules affect the state of that material?

Matter exists as solids, liquids and gases, and can change state between these.

The model shows a liquid material on the left (small atoms). The amount of heat energy is shown by kinetic energy (KE) shading, with deeper shades of red representing more energetic atoms. On the right side of the barrier is a solid material (large atoms).

Run the model. How much energy is able to penetrate the barrier? Remove the barrier. How quickly do the more energetic atoms melt the solid? 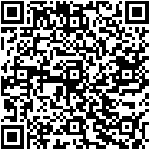